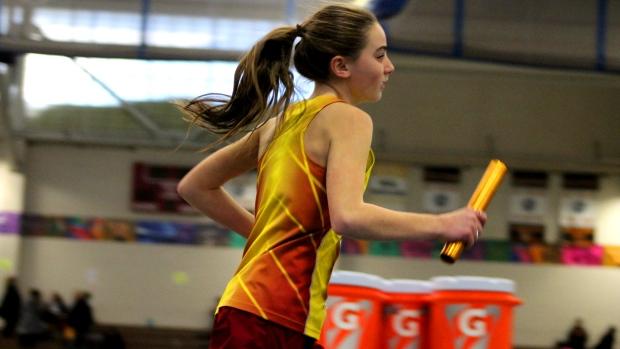 It was another successful afternoon for the underclassmen as the small school competed at Sunday's Auerbach Freshmen-Sophomore Meet.

Tanner Jellison clocked one of top times for tenth-graders  in the 1,000-meter run. The Wakefield Memorial sophomore captured the event by nearly seven seconds with a winning effort of 2 minutes, 37.92 seconds, a time that ranks No. 3 on the list. In the girls' 1K, Mia Cromwell of Manchester Essex was first across the line at 3:11.99.

The boys' mile turned into a hotly-contested race with less than a second separating the first four finishers. Ipswich's Jack DeMarco broke the tape in 4:48.27. He was followed across the line by Burlington's James Johnson (second, 4:49.93), Falmouth's Caleb Gartner (third, 4:48.93) and Milton's Francis Lalley (fourth, 4:49.11). Bromfield's Tessa McClain won a tight race in the girls' mile with a time of 5:19.59. Seekonk's Abigail Teneiro was second in 5:20.57, while Millis's Bethany Steiner placed third in 5:20.58.

Seekonk freshman Andrew Cabral was a narrow winner in the two-mile run. Cabral edged Wakefield's Matthew Roberto with a time of 10:10.72 to Roberto's 10:11.52 effort. Sydney Adams of Groton-Dunstable captured the girls' 2M with a time of 11:42.62. Norton's Isabella Pietrasiewicz was second at 11:49.42.

Sophomore John McNeil of Medfield moved up to No. 1 in the state rankings in the high jump with a leap of 6-6. Bromfield's Samantha Scheonberg is No. 6 on the list with her winning height of 5-3 in the girls' vertical leap. 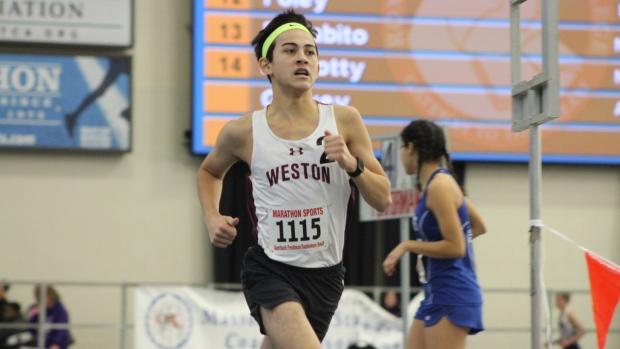