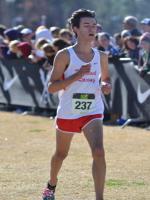 North Carolina Boys All-Decade Team...
Who were the best boys in cross country from 2010-2019? Who were the athletes and top program of the decade?...

Weddington Invitational Preview...
Distance relays and girls sprints/hurdles will be in the spotlight at the first big invitational of the outdoor season....