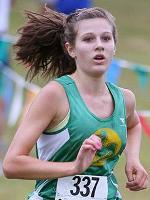 Atlee vaulters have historic meet including state recor...
Atlee's Marques Atkinson regained his US #1 in the 500 which he lost earlier last week with another drop in time at St. Christopher's. Atkinson is knocking on the door of becoming a VA all-time to...
2010 All-MileStat.com XC Team...
MileStat.com proudly announces the first, second, and third team members of the 2010 All-MileStat.com Cross Country Team. 21 boys and 21 girls receive All-MileStat.com designation from the past cross ...
Maggie Walker's Galton (4th in IG) and Spiers (3rd in Y...
Photo by John Herzog   Maggie Walker sophomore Rachel Galton and Hanover freshman Molly Breidenbaugh finished 4th and 14th respectively in the Intermediate Girl’s Division of the USATF Nation...
Preseason XC Tour Stop #8 - Maggie Walker...
MileStat.com stayed local on Monday morning before a week of traveling around the state again to visit the Maggie Walker program and one of the state&#39;s most respected and accomplished high school ...
MileStat.com's Cream of the Crop Pre-Season XC Rankings
The All-Class "Cream of the Crop" Pre-Season Rankings for the upcoming 2010 cross country season which begins next Saturday with the first invitationals of the season. The top ranked individuals with ...
East Coast Invite: Varina's Finney & Midlo's Johnston t...
MileStat.com was on-site for a portion of the 2010 East Coast Invitational held Saturday, January 2nd at the Arthur Ashe Center in Richmond. Some of the top performers included Varina's Anthony Finney...
Foot Locker South: Redemption for Kvartunas & Dowd with...
Neither Paige Kvartunas of West Springfield nor Kevin Dowd of Fairfax would have been satisified with the finish to their seasons if they decided to shut it down following the state meet. After winnin...