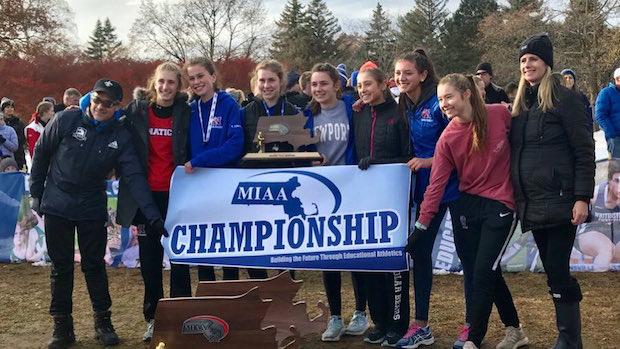 Snow covered trails led to slower than usual times for many athletes at the MIAA All State Meet Sunday, but we still saw tons of impressive performances at Stanley Park in Westfield. Sibling power was on display in the girls races as the Connolly sisters from Natick (Division 1) and the Roffman sisters from Littleton (Division 2) led their respective teams to all state titles. Newburyport's Sam Acquaviva led his team to their first all state title in program history with a first place finish in the Division 2 boys' race. A mere seven points separated a victorious Concord Carlisle team from a strong Wellesley team in the Division 1 boys' race.

Here's a recap of this year's championship. 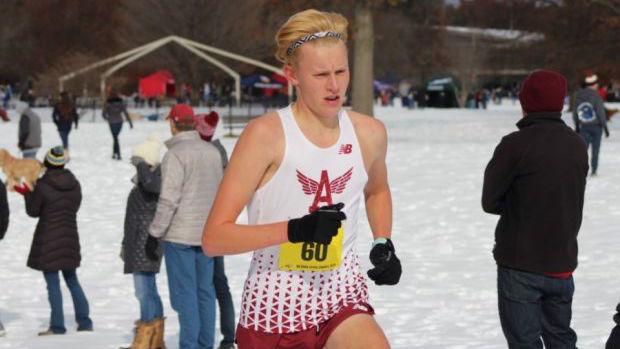 Oosting and Brookline's Lucas Aramburu went back and forth a few times before the Arlington senior pulled ahead just before the two mile mark. Aramburu was the top returner after finishing third at last year's all state meet. The pair was followed by a strong chase pack led by Gabriel Medina of West Springfield who finished in 16:34.85. 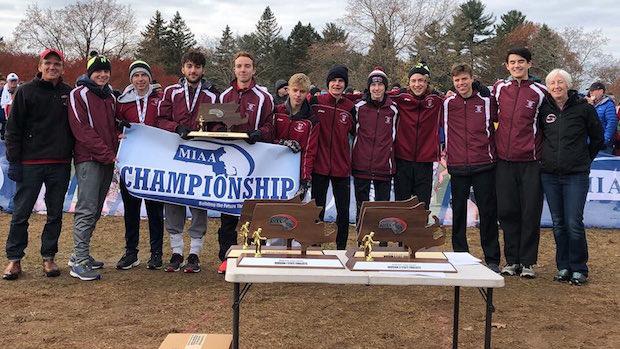 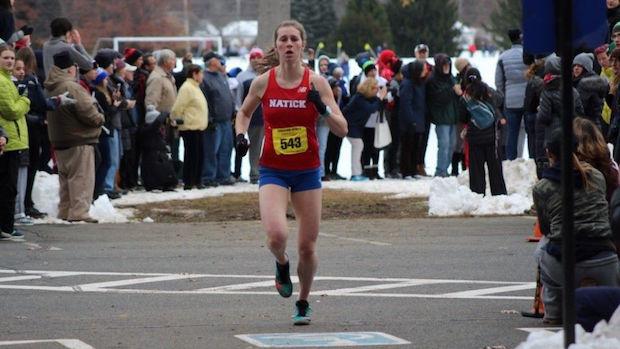 Although the slippery conditions prevented her from setting a new course record, Grace Connolly's victory in the Division 1 girls' race comes as a surprise to no one.

The senior from Natick has now won three consecutive individual titles at the MIAA All State Meet, proving her dominance in the sport. Connolly quickly pulled away from the pack at the start and extended her lead throughout the race. Trailing Connolly by more than a full minute was a pack led by Margaret Donahue of Wellesley who finished with a time of 19:18.98. Connolly's sister, sophomore Kate Connolly rounded out the top three with a time of 19:22.28.

The Connolly sisters led the Natick girls to their first team title in school history with 113 points. Close behind with 121 points were the defending champions, Concord Carlisle. 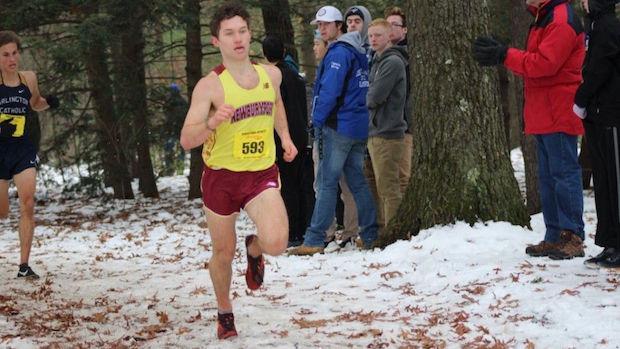 Last year's individual champion, Sam Acquaviva, defended his title in the Division 2 boys' race, clocking in at 16:33.89. Acquaviva is the second Newburyport runner in recent history to win the individual title two consecutive years after Nick Carleo won in 2013 and 2014. Acquaviva was followed closely throughout the entire race by Arlington Catholic's Sean Kay who finished with a time of 16:35.71. 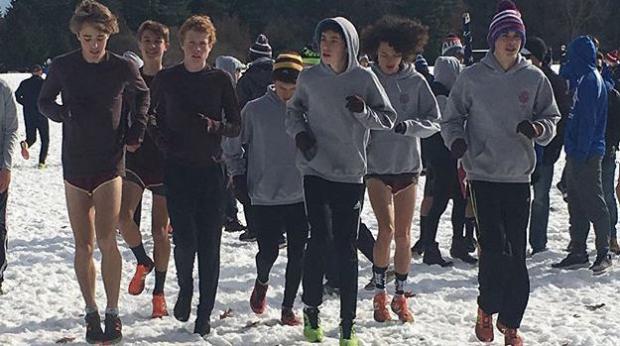 Led by Acquaviva and rising star John Lucey who finished in fifth, Newburyport won the first team title in their program's history with 64 points. Seekonk placed second with 122 points. 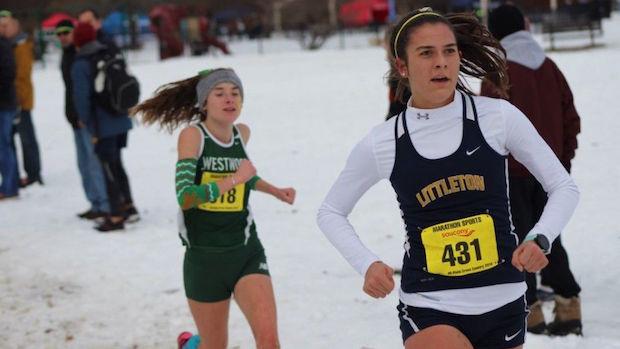 Littleton's Sarah Roffman pulled away from Westwood's Sarah Conant late in the race to win her second consecutive Division 2 girls' individual title. Roffman finished with a time of 19:18.51, a minute behind her time at the MIAA Central Division 2 race on November 10th. The pair were followed by a strong pack led by Eve Feuerbach of Manchester Essex who finished third for the second consecutive year with a time of 19:42.17. 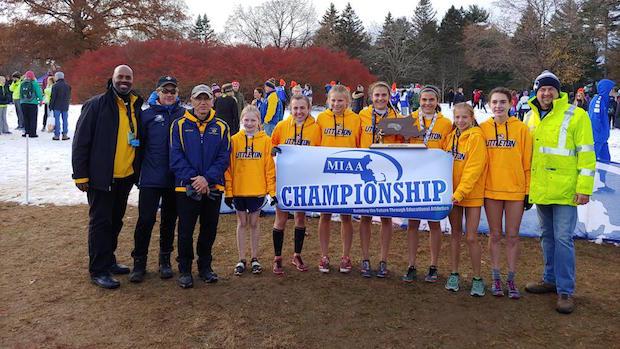 Sarah Roffman's twin sister Kaitlyn finished ninth in her first ever cross country season. The duo led Littleton to a team title over defending champions Mount Greylock by a score of 81-119.