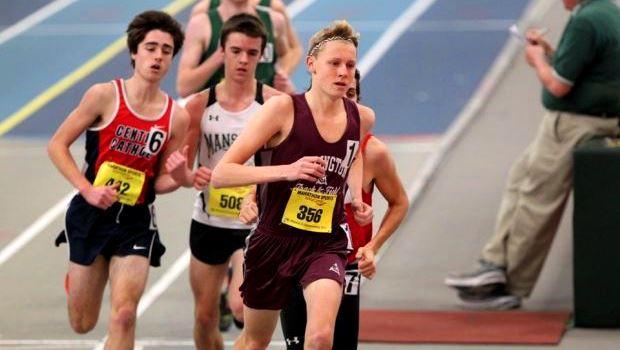 Even though his best for the mile is seven seconds slower than our No. 1 seed, we expect Oosting to be one of the contenders battling down the final straightaway on Saturday. The national 5K outdoor titlist has a best for the mile of 4:14, a time that he has done on numerous occasions. A few weeks ago he looked very relaxed running 4:14.98 at the Coaches Invitational. He followed that up a week later with another sub 4:15 at the Middlesex League Championships. In both races, he won by a substantial margin. At the league meet, he had a 20-second gap on his closest competitor. It won't be like that this weekend. If Oosting is among the leaders with two or less laps remaining, a victory is a high possibility with his devastating kick. We're predicting a time under 4:10 for Oosting, which just may be enough to break the tape at the end.
Tweets by MileSplitMass