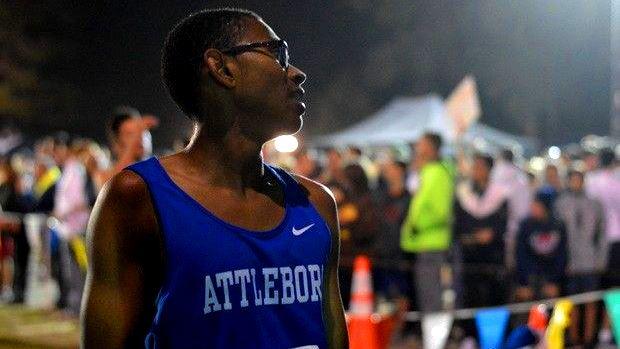 Race officials couldn't have asked for a better night for the Bob McIntyre Twilight Cross-Country Invitational. With a lightning-fast course and the excitement that's often generated with the nighttime event, a plethora of runners had PR performances at the Barnstable Fairgrounds. Natick's Grace Connolly looked smooth and relaxed in winning the Division 1 race where she was just five seconds from  a record-breaking run. Ayer-Shirley's Ethan Matthews and Brookline's Lucas Aramburu showed their strength with mid 15-minute times in the two Varsity boys' race and Littleton's Sarah Roffman joined the sub 18-minute club with her victory in the Division 2 race. How about the team battle in the boys' Division 1 race? Saint John's and Wellesley, two squads that are among the leading contenders for the team title at next month's All State Finals, were separated by just 16 points with St. John's taking the plaque.

Of course, the Twilight meet wasn't the only place where our Bay Staters hit the trails. Franklin Park was the site of the Catholic Memorial Invitational where nearly two dozen of our schools competed. Much-improved Nell Haney of Needham comfortably won the girls' race and Mansfield showed their dominance as a team in the boys' race with three of their harriers among the first eight placements.

Without further adieu, here's a quick recap of the weekend events. Next up, league showdowns!