On Saturday night, the Weston High School Track was definitely the place to be. The Twilight Meet is always a fun event for athletes and spectators and tonight was no different. I'm sure that I wasn't the only athlete that was a bit tired after attending a Prom Friday night and taking SATs Saturday morning. 'Tis the season. So, hanging out with friends at the track was just what the doctor ordered. Since coach arrived early, we had an awesome spot for our tent, right at the finish line, ready to cheer everyone to victory. 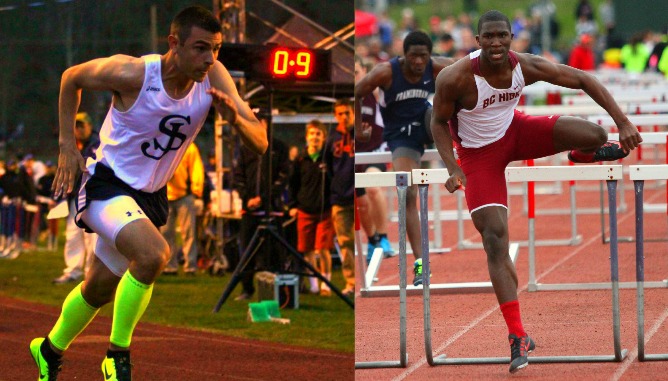 As the night went on, we saw some great races. As always my BFFs Jordan and Joe went on to victory in the 110h and 400 respectively. Not sure what Jordan had for breakfast, but his leg split the hurdle in half #superman. And Joe's anchor 800 in 1:53 was nothing short of amazing. 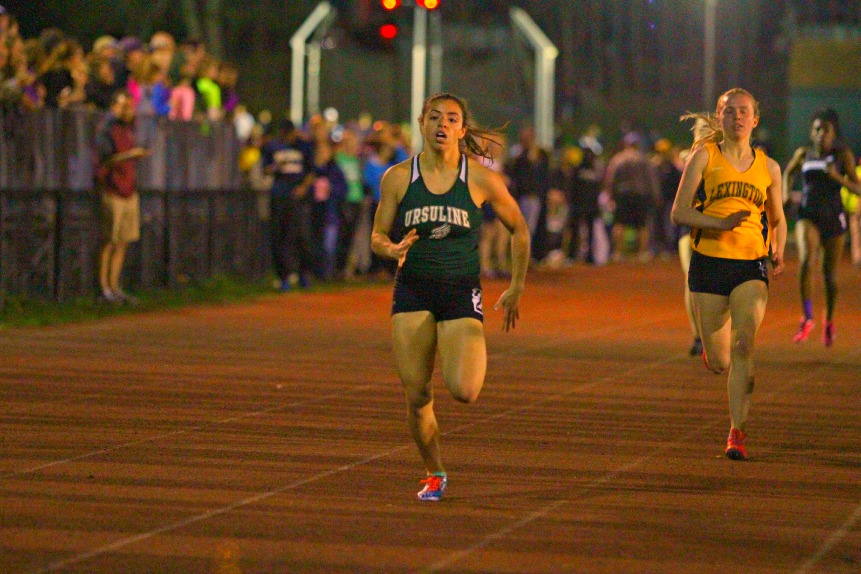 My Ursuline teammates got off to a great start as well.  A shout out to Sheila, Julie, and Lindsey with PRs in the mile and Camille with a PR in the 400. Originally, I was slated to run the 800 and 400h, but the scheduling of events didn't allow enough time with the 4x800 on the docket as well. The 800 race started out a little slow, but I decided to run a conservative second knowing that I had the relay coming up. With about 200m left, I sprinted to the finished. The 4x800 relay proved to be another great race. Merissa got us an impressive lead, Sheila did a great job holding the lead, and Lindsey paced herself perfectly closing with a great kick. I took the anchor leg in second place and gradually placed myself right behind the leader. I sat in second until about 100m left and then kicked to the finish. A new school record for the 4x800 team! Coach was very pleased with results of the night. For an early season race, our times were awesome! See all the ladies Saturday in Somerville.