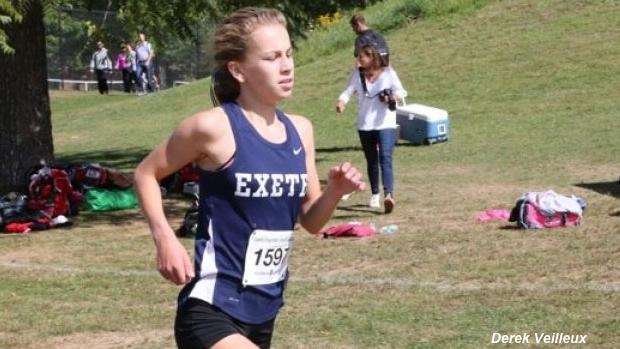 If pushed, Jacqueline Gaughan of Exeter (NH) has potential to eclipse the meet record in the mile. The current record is 4:52.83 by former La Salle (RI) standout Eliza Rego in 2015. That's a time that the Notre Dame signee has twice gone faster than, both times at Reggie Lewis and both times at the New Balance Grand Prix. Her PR is her 4:52.60 winning effort last year. Gaughan, who is also entered in the two mile, will be tough to beat. But there's a few that could challenge in the early stages and (who knows?) potentially pull off the upset. Fellow New Hampshire rival, Julie Robitaille of Manchester Essex, who finished second to Gaughan for 1,500m at the recent state meet and clocked 4:56 at the Grand Prix meet, could certainly be a threat. Wellesley's Margaret Donahue, a second-place finisher this past weekend at the MIAA All State Meet, dipped under five minutes a few times last year. She'll more than likely be eyeing to do the same on Saturday. Emily Kane of La Salle (RI) is a sub five-minute miler, and is coming off a strong State Meet where she contributed 18 points to her team's victory.

With a 10:21 best, Gaughan is also favored to capture the two-mile crown. If she decides to scratch out of the mile, the NH star is the overwhelming favorite in this event. If she is doubling this weekend, the pack should be slightly closer. Robitaille, another runner scheduled to compete in the mile, was third in this event at the outdoor meet and recently won the 3K at her State Meet with a 9:58.10. Remember, she shocked the field at the New England X-C Meet with a victory. She knows how to compete in these big-time events. Tenth-grader Elizabeth Stockman of Rocky Hill (CT) won the CIAC State Open a few weeks ago with a time of 10:45.29 for 3,200m. She could make it happen this weekend with fresh legs. There's also sub 10-minute two-milers Grace Connolly of La Salle (RI) and three-time cross-country state titlist Ellie Lawler of South Kingstown (RI) that could create havoc up front. 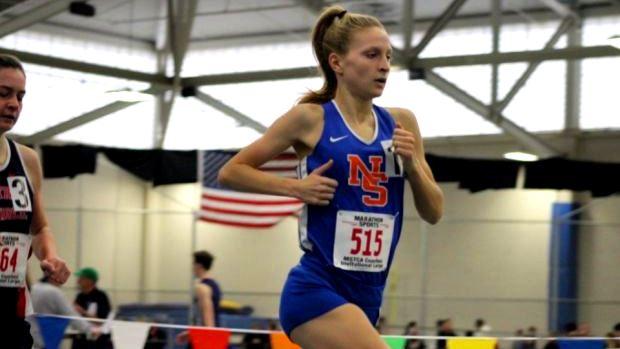 The front-runners for the 1,000m appear to be Newton South (MA) sophomore Lucy Jenks and Greenwich (CT) senior Emily Philippides. Jenks holds the No. 1 seed based on her PR of 2:53.73 from the Dual Valley League Championships on Feb. 10. Philippides best this winter is is her 2:55 effort from the Molly Stanner Games on Jan. 13. The Greenwich standout is certainly someone that's capable of running faster. She's a 2:10 half-miler and last year achieved an all-time best of 2:50.75 for the 1K. Jenks has proven this season, particularly the past few weeks, that this may be a race that best suits her talent. In her mile victories at her last two meets - the Division 1 State Meet and the All-States - she finished with mid 60-second splits for her final 400m.  In other words, she demonstrated not only her endurance but her speed. That's a lethal combination for a race like the 1,000m. We're predicting this might be a race where a low 2:50 or faster will secure first place. Woburn (MA) senior Alexina Hurley and Tewksbury (MA) senior Rachel Sessa, who both have best of 2:55, could also figure in the mix.