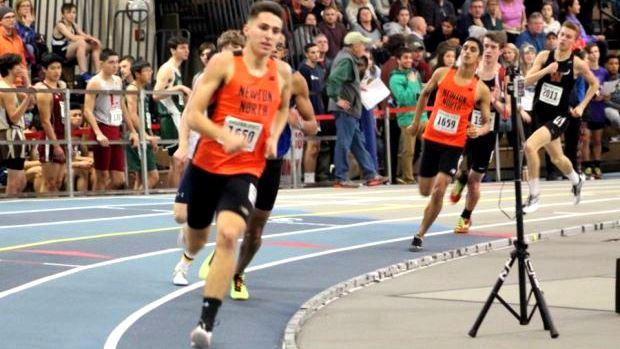 During the winter last year, Newton North's Theo Burba exploded onto the scene by clocking 1:18.87 for 600 meters, a time that ranked him No. 1 among all tenth-graders in the country! Burba showed he's ready for more special happenings on the oval this year. The Newton North junior ran a fast-early season time of 1:22.81 to capture his specialty at the Winter Festival Large School meet this past Sunday. Judging by the competition that was behind him, Burba will be pushed by a number of athletes this season. The next four finishers at Winter Festival were all under 1:25 - Andover's Devin Connell (second, 1:24.13), Leominster's Jonathan Polanco (third, 1:24.39), Newtoin North's Raghay Kadambi (fourth, 1:24.81) and Woburn's Mark Swymer (fifth, 1:24.89).

A day earlier at the Small School meet of Winter Festival, Innovation Academy's Aiden Felty tossed the shot a PB of 55 feet, 5 inches, a best by more than three feet and one of the top distances in the nation. He currently is ranked No. 9.