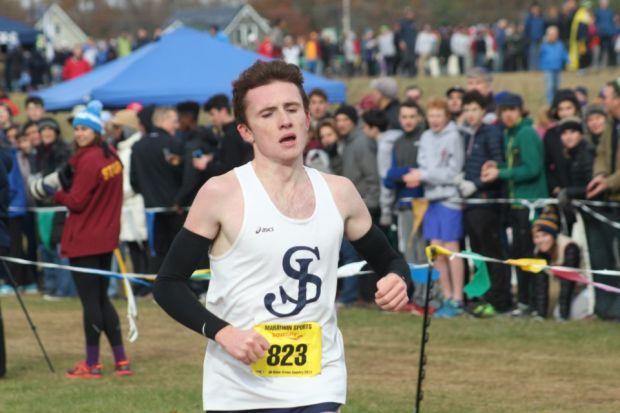 Shelgren is one of the top seeds in this race and has a very good chance to not only qualify for the nationals, but win the race outright. The Saint John's Prep standout has proven since the start of the cross-country season that he is one of the best runners in the region. He has been unbeaten against his MA rivals and in his only non-state competitions, he captured the individual title at the Ocean State Invitational and finished  third in the Varsity 'D' race of the Manhattan Invitational. This weekend's race will be Shelgren's toughest this season with top contenders such as New Jersey's Devin Hart (Point Pleasant Borough) and Connecticut's Drew Thompson (Fairfield Prep). Hart recently captured the NJSIAA Meet of Champions and at the beginning of the season and was first in the Division 1 race of the Bowdoin Classic in NY. He's a 9:05 3,200-meter runner and has gone sub 4:10 for 1,600m. Thompson has been on a roll this fall. He won the CIAC State Open and followed that victory by breaking the tape at the New England Championships.