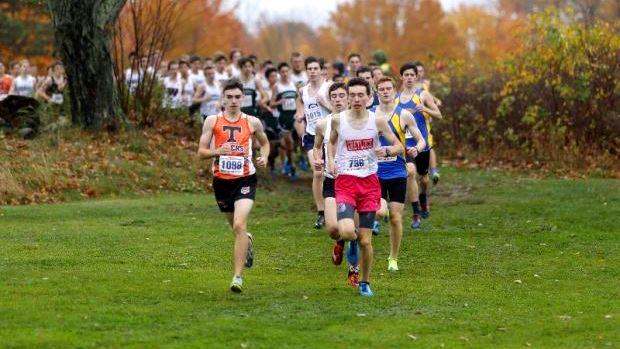 As you'll see in our Top 500 lists (see below), this Saturday's Bay State Invitational is known for producing fast times this time of the year. Marblehead alum Shalane Flanagan, a silver medalist for 10,000 meters at the 2008 Olympics in Beijing, clocked a 17:12 at this meet in 1999. The great Franklyn Sanchez, who starred for Lynn English, ran 15:23 in this meet in 1998.

With the season just past its midway point and teams starting to get into prime shape for the championship meets towards the end of the month, expect to see some strong performances by our MA athletes, who will toe the line at the Wrentham Developmental Center facility. The meet will kickoff at 10 a.m. with the Class A Boys and will conclude at 12:30 p.m., when the Class C girls answer the gun.  After a brief break, the middle-schoolers will compete with four races  on the slate.