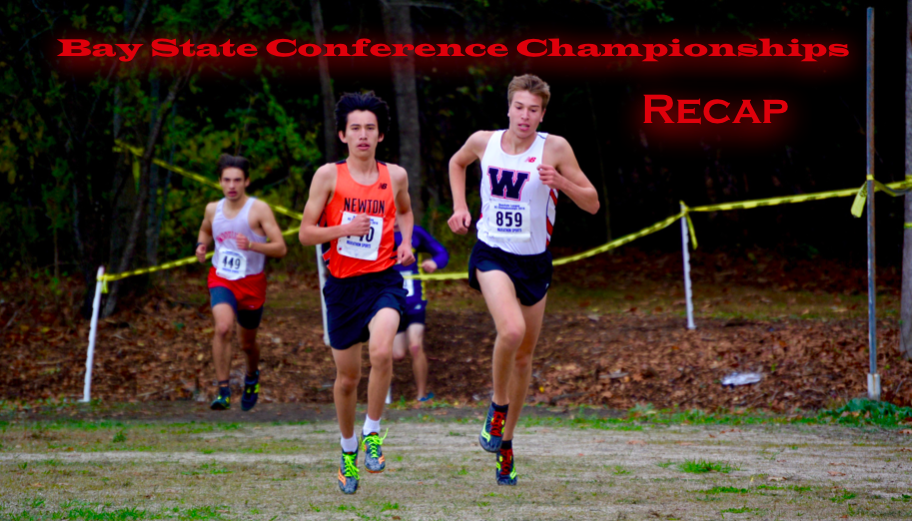 On a chilly and cloudy Saturday, the Bay State Conference Championships took place at Coakley Middle School in Norwood. We thought it would be fast, but no one predicted some of the unbelievable performances we saw, which included two new MA#1 times.The day began with the boys' freshman 2500m, which Colmcille Mulligan of Brookline won with a time of 8:38--five seconds ahead of Newton North's Sean Evans, who finished second in 8:43. Lucas Marshall of Framingham and Johar Singh of Needham crossed the line in third in fourth respectively, both clocking 8:47.