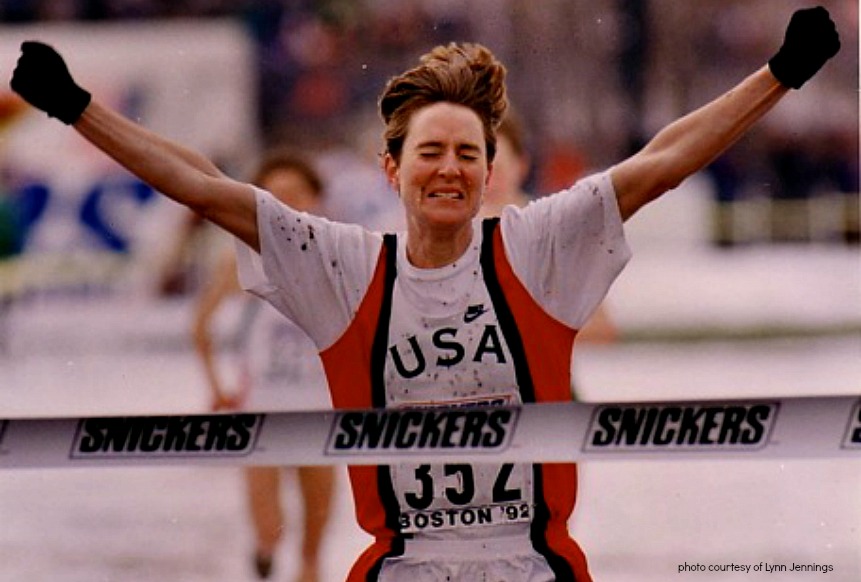 Along with Mary (Decker) Slaney, there was not too many high-school runners who made an impact quite like Lynn Jennings did in the 1970s.

As a teenage sensation from the Bromfield School in Massachusetts, Jennings made headlines nearly every time she raced. She won an unprecedented three state cross-country championships and set several Mass. and New England records for the middle and long-distance events, some that still stand today. Additionally, she was also a national record-holder for two miles.

For the next two decades, running earned Jennings much success nationally and globally, too. She was a nine-time U.S. and three-time World Cross-Country champion, a bronze medalist for 10,000 meters at the 1992 Olympics and also a former American and World record-holder.

Back in January, running also might have saved her life.

Although she retired from her competitive career more than 12 years ago, Jennings still remains fit by eating healthy and exercising regularly, including running an average of 5-10 miles a day. That’s what makes what happened on Jan. 14 near her Portland, Ore., home seem so puzzling.

“I was out walking my dog around the block around six in the morning and all of a sudden I couldn’t breathe,” she said. “I started to become dizzy, my palms were getting cold and I started sweating profusely.”

Jennings was forced to sit down on the sidewalk and was unable to stand until getting assistance by a man that happened to pass by. She struggled walking the remaining 300 meters to her house. Once there, she texted a neighbor who brought her to a nearby hospital.

In a blog she wrote about her experience on www.runblogger.com, Jennings recalled, “I staggered into the Emergency Room. I wasn’t even able to tell the people behind the desk my name. They shoved me into a wheelchair and took me into the back. It was terrifying.”

It was learned that Jennings had suffered an acute bilateral pulmonary embolism. In other words, her lungs were full of blood clots, forcing her heart to work overtime to try and pump blood to her two lungs. Her right one was not working and her left one was severely compromised. It’s a condition that can happen to even healthy people, such as Jennings.

As she states, it was also her years of remaining fit that may have kept her alive that early morning in mid-January. Jennings’ great lung capacity and strong heart that she built through her 30-plus years of running allowed her to survive the near-death experience where others may have not been as lucky.

“I talked with seven different doctors, who all said that most of these cases are diagnosed through autopsy,” she said. “Just the fact that I had so many doctors tell me that makes me believe that my running saved me. Otherwise, you can’t explain it. I am someone who has no medical history.”

Jennings’ determination and will, another byproduct of her running background, was also the reason she was able to stagger to her house where she was able to get the quick and crucial assistance she needed from her neighbor.

“Being a pragmatic runner and not a drama queen, I told myself I am not dying out here on a deserted road at 6 o’clock in the morning,” she said. “That’s how I was able to struggle home.”

Jennings, who splits time from her home in Oregon and a residency at the Craftsbury Outdoor Center in Vermont, where she is a Running Program Director and Coach, is still recovering from her January scare, a road that can take a considerable amount of time.

The good news is she is improving with each passing day.

“You have to let all the clots basically disappear in the lungs,” said Jennings, who takes an anticoagulant called Warfarin to prevent the blood from clogging. “It can take several months. I had a second echocardiogram (on Feb. 28) and it has substantially improved.”

A star is born

If you were a runner a generation ago, especially in Massachusetts and the New England area, you knew all about Lynn Jennings. She ran some electrifying times as a high-school distance ace at a time when women’s running, especially long distance running, was really in its beginning stage.

In fact the Bromfield School, a small private school in Harvard, didn’t even have a girls’ team. Jennings competed in the boys’ league meets. She did represent her school at the state meets, but trained under the tutelage of coach John Babington and the famed Liberty Athletic Club. It was an all-women running club that included a who’s who of Hall-of-Famers from the New England area with teammates such as Cambridge Rindge & Latin and Harvard middle-distance star Darlene Beckford and Peabody (Mass.) standouts and later accomplished marathoners, twin sisters Lisa and Leslie Welch, as well as 1984 U.S. Olympic gold medalists and former world-record holder Joan (Benoit) Samuelson of Maine.

By the time she graduated high school, Jennings ran eye-opening times such as 4:18 for 1,500 meters, 4:39 for the mile and a national mark of 10:10 for two miles, a New England record that still has not been broken 36-years later.

Even though she achieved some success at the collegiate level while at Princeton University, it was later that her career really took off. Jennings won the first of her three World cross-country title before she turned 30.

“I remember when I was 15 telling a reporter for the Boston Globe that I wanted to be the best runner in the world before I turned 30,” she said. “I won my first world cross-country title at 29 ½.”

Jennings copped the first of her nine U.S. cross-country title in 1985 to qualify for her inaugural World X-C meet where she finished second to Zola Budd. Later that year, she beat the South African runner and former Olympian at the Cinque Mulini, a challenging 5.5 kilometer cross-country race in Italy.

“That’s a tough nut to crush, winning the World Cross-Country title three times or a medal,” said Jennings, when asked to compare the two achievements. “Both are insurmountable feats, but winning an Olympic medal is just a different thing.”

Now a new generations of high-school runners, led by Mary Cain of the Nike Oregon Project, are making some noise on the national scene, much like Jennings did in the 1970s. She considers Cain, coached by another legendary Massachusetts’ runner, former Wayland star and world-class marathoner Alberto Salazar, at another level than when she was making headlines.

The teenager from Bronxville, New York, has four national junior records, eight national high school marks and a World Junior record on her resume. On Jan. 26, 2013 at The Armory in New York, Cain surpassed Jennings’ 35-year-old indoor 1,500 mark (4:18.9) by running 4:16.11 en route to her winning mile time and then high-school record of 4:32.78.

Jennings is thrilled by the progression of female runners over the last three-plus decades, especially now where running a sub five-minute mile is common ground in most states.

“It’s unbelievable. I love it!” she said. “They are getting more exposure and opportunities. Young women are understanding it can take you places. It’s tremendous to see the growth in the sport.” 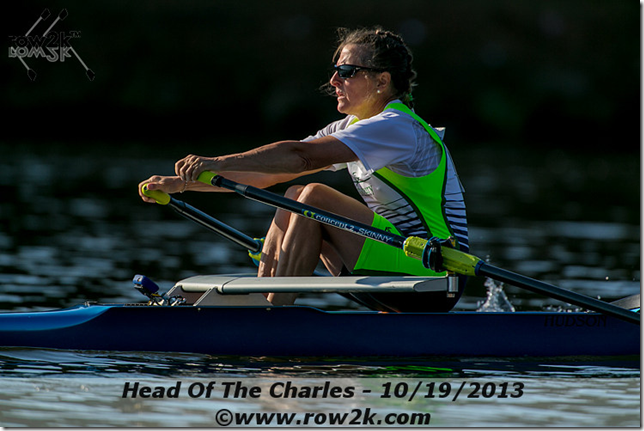 Nowadays, the 53-year-old Jennings not only enjoys daily trail runs but is a competitive sculler, competing often in the Head of the Charles Regatta in Boston, where she was an age-group winner in 2012. She also keeps busy at the Craftsbury Outdoor Center, a non-profit organization located in scenic Vermont that focuses on competitive rowing, Nordic skiing, biathlon and running.

No surprise, Jennings heads the running camp, which last year started a two-week high school program. This summer the program will be held the weeks of June 29-July 5 and July 6-12. According to the Center’s website, www.craftsbury.com, participants in the camp “enjoy track training, hill work, drills, fartlek and tempo runs as well as a long run on the most beautiful loop in Vermont.” In addition, there will also be classroom presentations, discussing such important subject as nutrition, training physiology and race day skills.

The camp is run by Jennings and a highly-qualified staff. What better way to learn than from one of the most accomplished U.S. distance runners of all time?