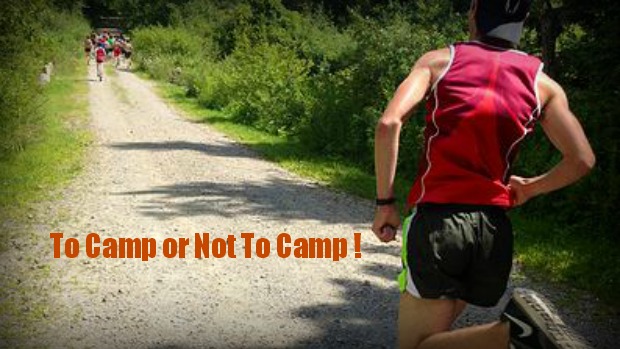 For years coaches and athletes have debated the worth of attending a sleepaway cross country camp for a week, either with their teammates, or on a solo mission, and with the recent boom in the sport, these camps are as popular as ever. As you or your athletes decide on whether to attend a camp, or which one to attend, here is a simple guide to the area's camps, both new and old, and some reasons to attend.

Many coaches balk at encouraging their athletes to attend a camp during the summer, and in some cases, it's for good reason. It's plausible that you would be sending your kids off into a situation that isn't best for them. Though there could be some negatives in a particular athlete spending a week during the summer running too much or too competitively. However most camps are a very positive experience and make the athletes better runners and teammates, while meeting new people along the way. Some of the possible negatives include:

-In cases of individuals attending, a lack of building team chemistry with high school teammates

-Possible injury risk due to taking on too much at once

With that being said, the benefits of attending the right camp far outweigh the costs. Without a doubt, some camps are better than others, but, by and large, the instructors, staff, and directors want the best possible experience for the campers because they are running a business. It's no different than getting a Wendy's Baconator with too little bacon- you won't come back for more then, and you wouldn't come back to a flimsy camp. The benefits of attending many XC camps include, but are not limited to:

-Motivation in the midst of a long summer to train hard

-Meeting athletes from around the country who share your XC experience

-Getting perks that are impossible to get during most HS practices, including things like gait analysis, pace calculation, and stride rate

-Momentum to carry you into the XC season after a long, hard summer of training

And we could go on and on and on. Those are just a few of the benefits.

Here is a partial list of some of the many New England area camps that XC runners could choose, including a brief description of what it does best. SOURCE: www.runningcamps.org

Three-time Olympian, Olympic bronze medalist and three-time world cross country champion Lynn Jennings will be back at Craftsbury for the seventh time in 2013. As Director of Running, Lynn enjoys sharing her running history and knowledge with Craftsbury runners

Camp will be held on the Camp Wilmot grounds in the picturesque Lakes Region of New Hampshire. Camp Wilmot has updated cabins and facilities and offers a crystal clear lake, sports fields, and a climbing wall for use during free time

Featuring: 10-mile Challenge Run to cap off a great week of training

Featuring: Beautiful scenery in the Berkshires


And there are many more! Athletes and coaches should always have open conversations on the benefits of attending one of these camps, but remember, as the sport gains in popularity, these camps do as well. Act fast, because many of them are selling out as we speak!