The low key Boston Mini Meet was ramped up a few notches when Alberto Salazar and the Nike Oregon Project invaded the Boston University Track . The crowd did not leave disapointed as they witnessed two historic performances by the two most famous American distance runners. First up on the track was Mary Cain, the New York High School senior attempted to make a run at the American 1000 Meter record of 2:34. The young superstar was off the record pace at the 400 Meter mark, but still manage to capture the World Junior indoor mark with a time of 2:39.25. Her time was faster than the old National high school record set by Sarah Bowman (2:43.50) in 2005. Mary Cain's professional status will keep her off the "Official" record books, but she has left no doubt that she is the best ever.

How do you follow that great opening act !  Well, how about an American Record in the 5000 Meter Run by Galen Rupp. Rupp was ahead of the 13:07 record  with a 400 to go, it wasn't a question of whether he would break the record, it was whether or not he could break the 13:00 minute barrier. Rupp finished with an amazing 13:01.26.  The Boston fans will be treated a few more times in the weeks ahead with the NOP duo at the B.U. Terrier Classic, the B.U. Valentine Invitational (Rupp) , and the New Balance Grand Prix Meet (Cain) . 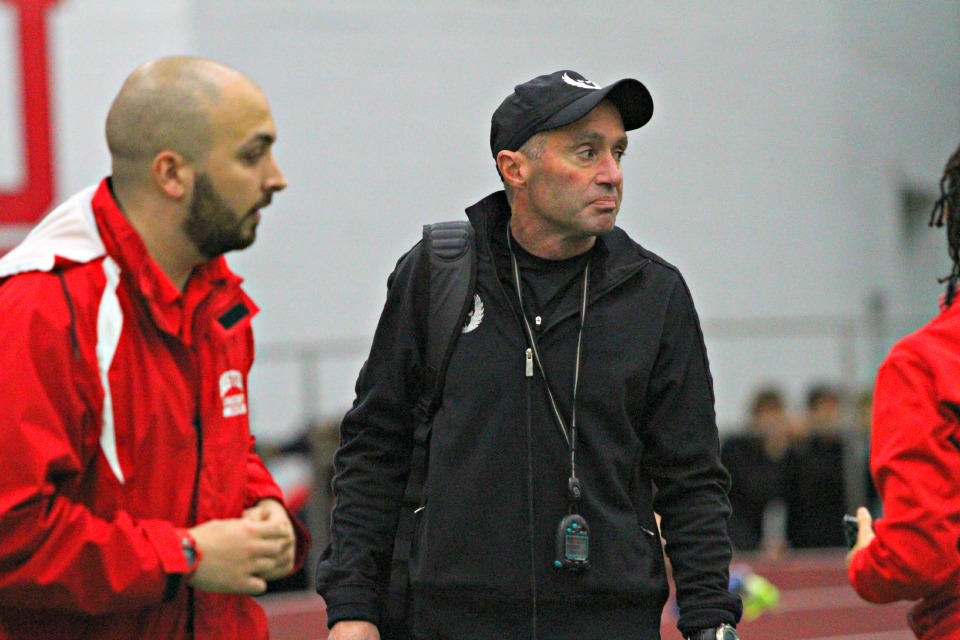 Alberto has entered the building ! 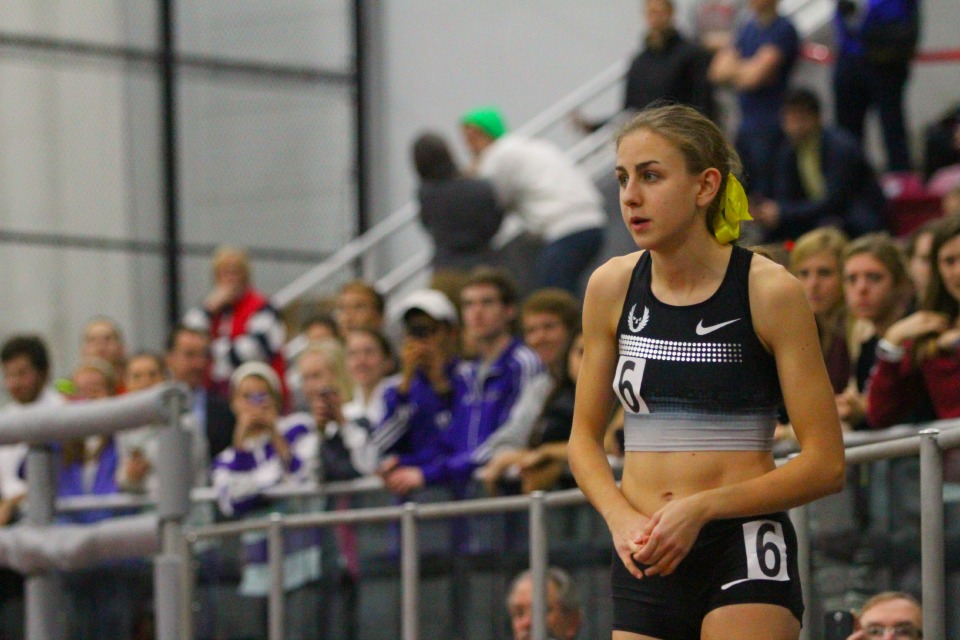 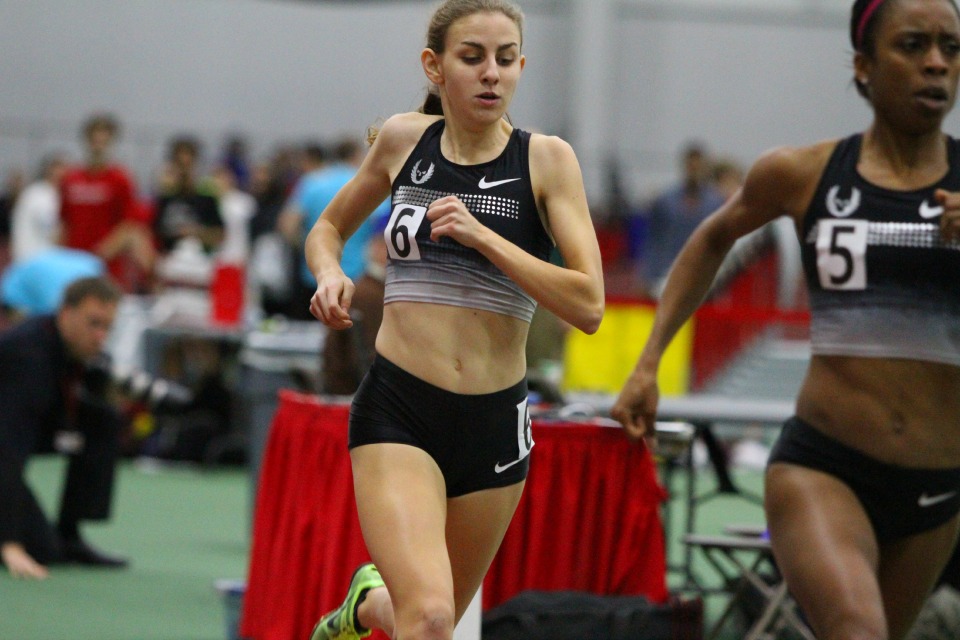 Cain was off American Record pace at 400 Meters, but still managed to capture the World Junior Indoor Mark. 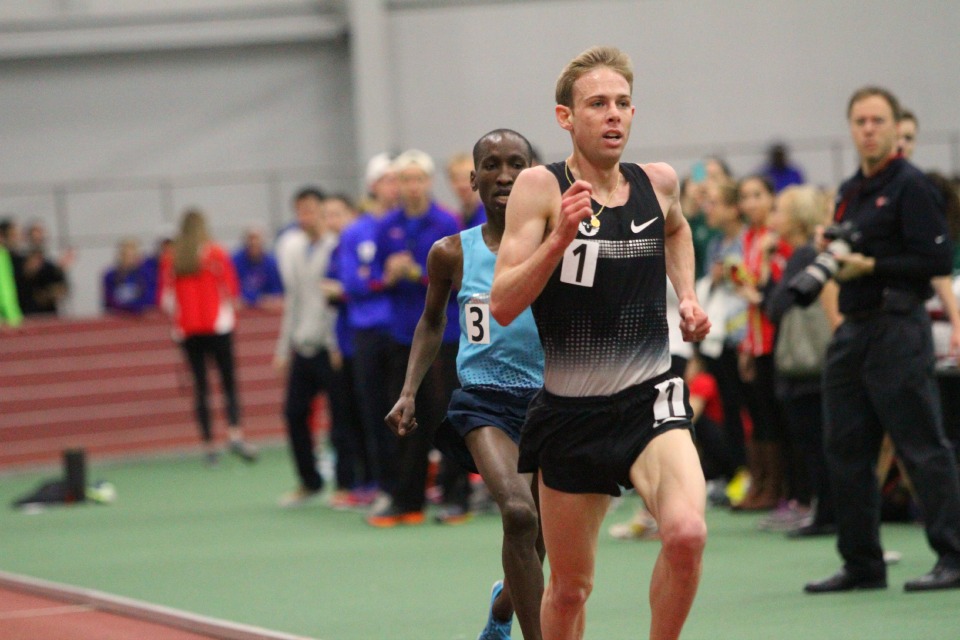 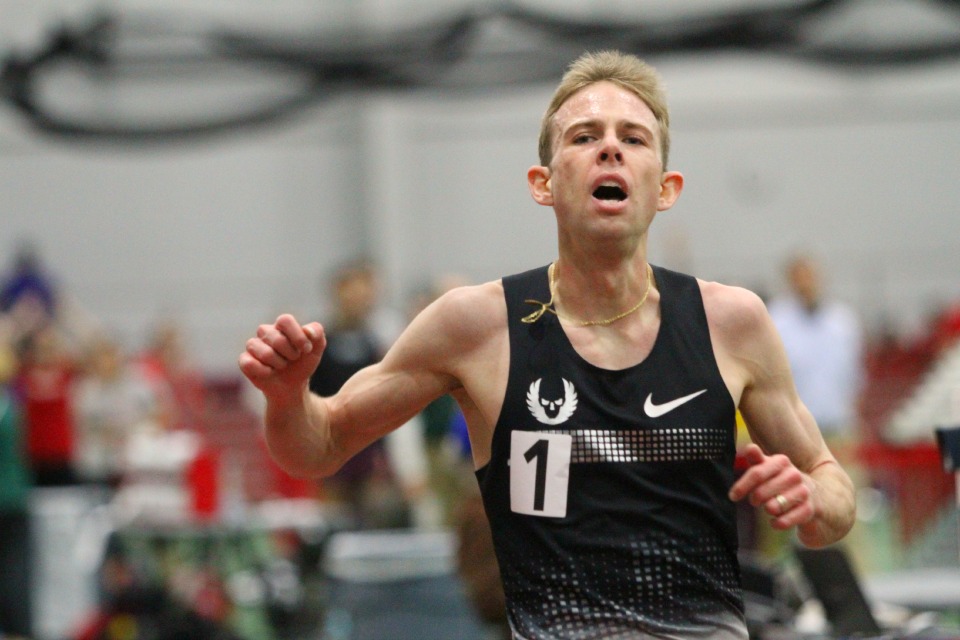 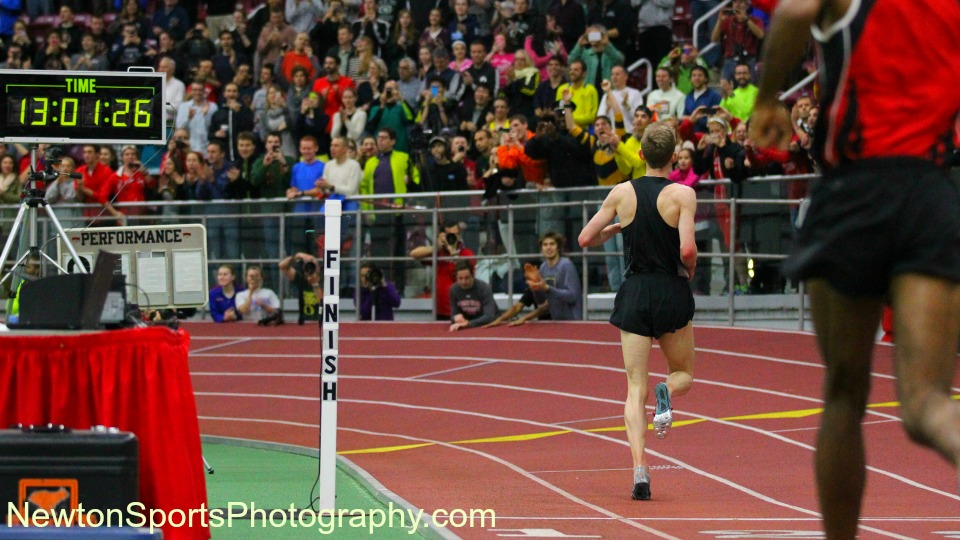 Newtonsportsphotography captures the clock and the crowd as Rupp crosses the finish line. 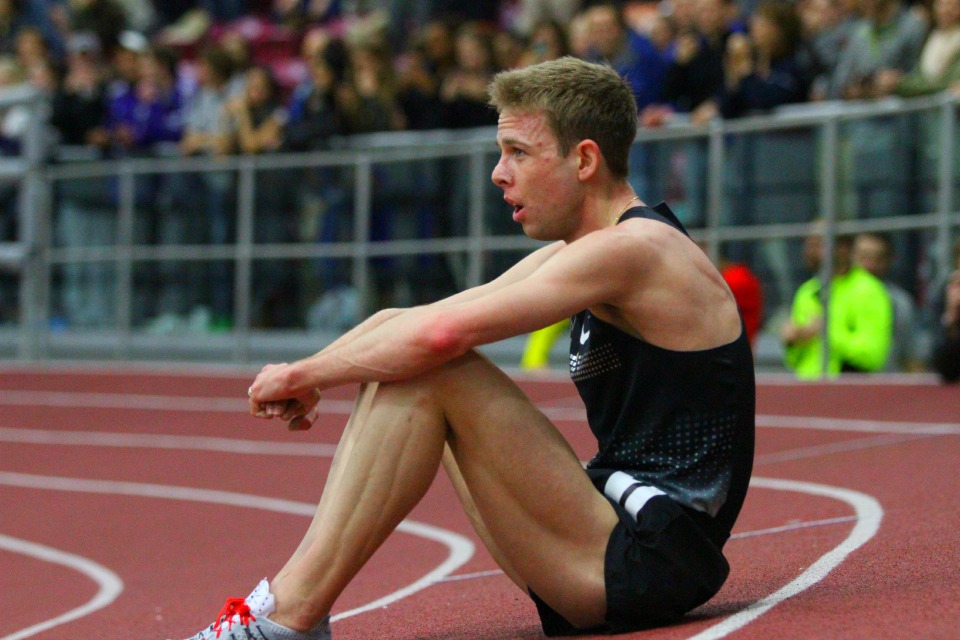 Rupp takes a breather before his record setting victory lap. 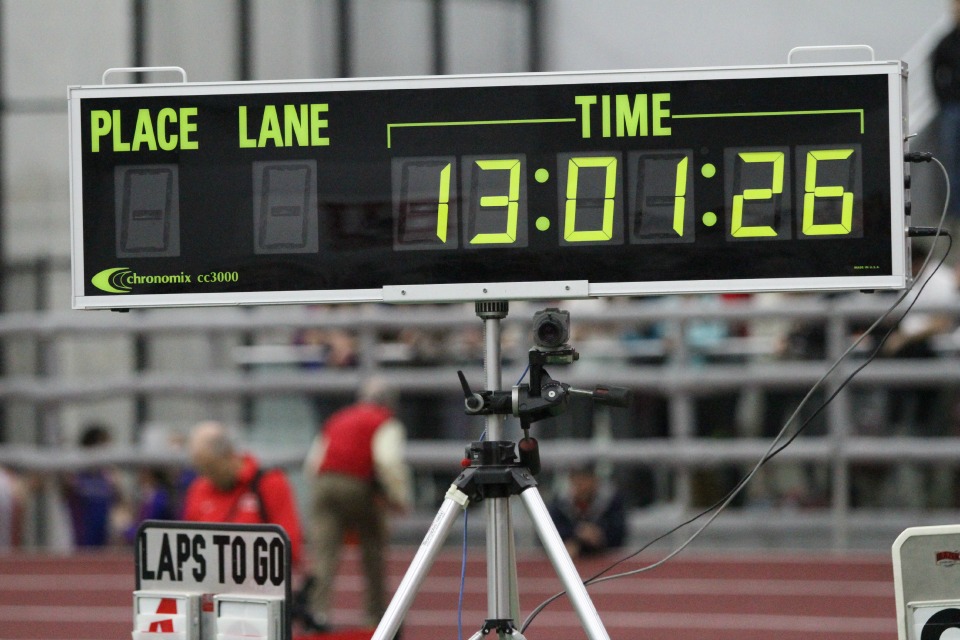 The clock is frozen on the American Indoor Record time of 13:01.26 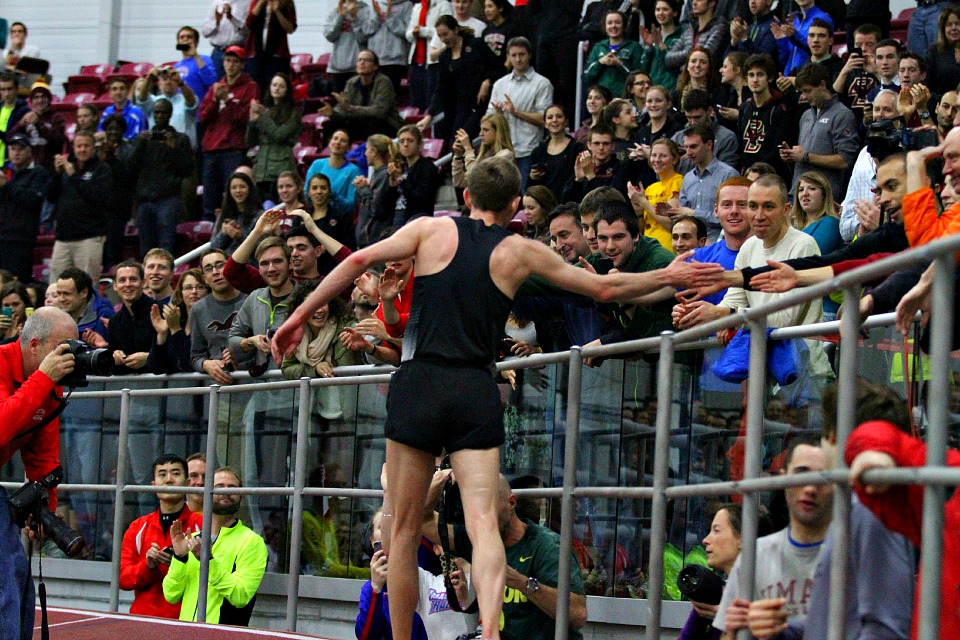 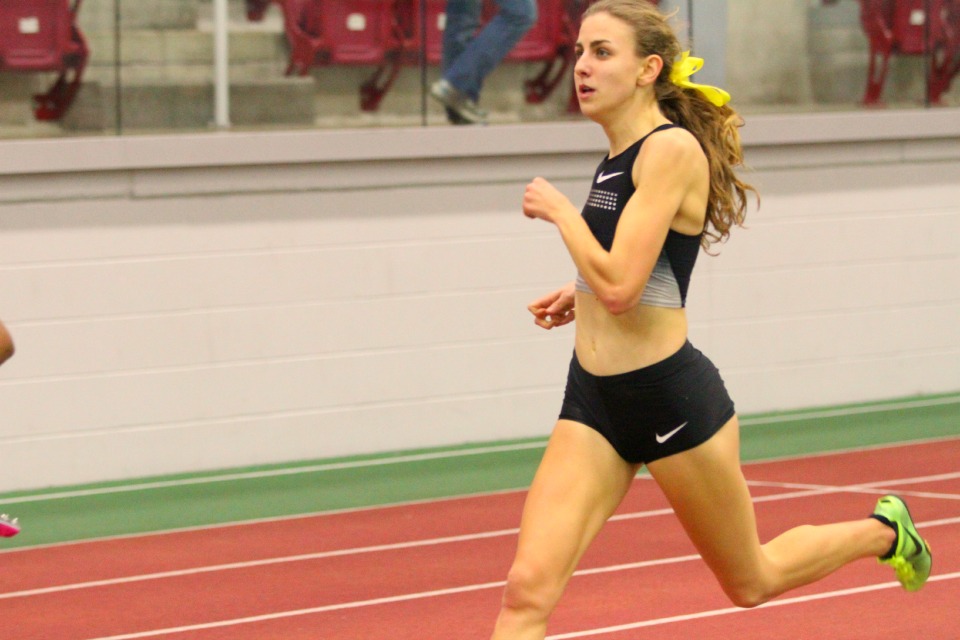