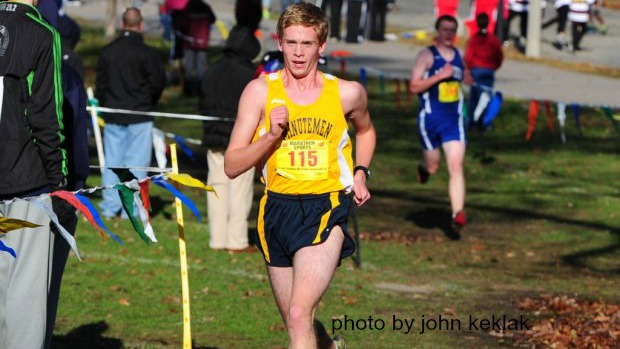 LEXINGTON — Nat Adams doesn’t say much. He’s soft spoken. He laughs nervously when he answers questions. He is, as his Lexington High cross-country teammate Felix Cancre put it, “an A-plus listener.”He’s an only child. He’d rather stick his nose in a book than in anyone else’s business. His best friends in preschool didn’t speak English. Adams might be one of the quietest kids of the hundred or so runners coach Bill Babcock has at the high school. But he’s surely, far and away, the best. “And he’s not the kid who is going fast in the warm-up, or constantly dropping names or his great times,” said Cancre. “But when it gets to workouts he totally blasts us. It’s not so much a problem because afterward he won’t be like, ‘I just dusted you.’ He says, ‘I’ll see you up there next time,’ even though that’s never going to happen.