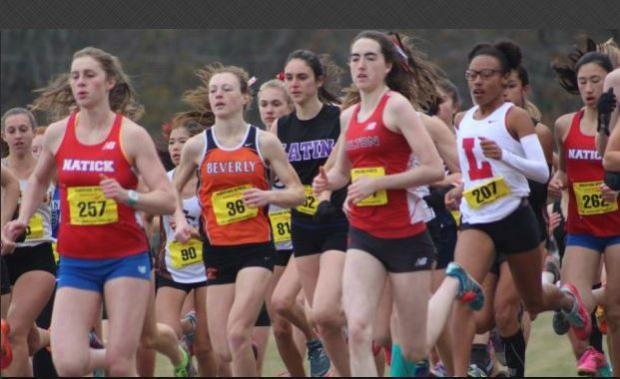 The state's returning Gatorade Runner of the Year, the 5-foot-7 junior won the Division 1 state meet this past season with a time of 17:50.18, breaking the tape 17.35 seconds ahead of her next-closest competitor and leading the RedHawks to a sixth-place finish as a team. Connolly was in fifth place with less than a kilometer to go at the Foot Locker Northeast Regional championships when she fell and was unable to finish the race. The Boston Globe Division 1 Runner of the Year, she did not lose to an in-state runner during the 2017 campaign.

Connolly has volunteered locally with the Special Olympics and as a peer tutor. She has also served as a youth running coach in addition to donating her time on behalf of multiple fundraising campaigns to benefit cancer research.

"Grace is a great runner," said Chris Van Cott, head coach of Needham High. "Ever since her freshman year, she's been fearless in competition."

As a Gatorade Player of the Year, Connolly will be able to select a national or local youth sports organization to receive a grant as part of the Gatorade Play It Forward program. Every Gatorade Player of the Year state winner receives a $1,000 grant to donate and will have the opportunity to enter for an additional $10,000 spotlight grant by writing a brief essay explaining why their selected organization deserves additional support. 12 spotlight grants - one for each sport - will be announced throughout the year.