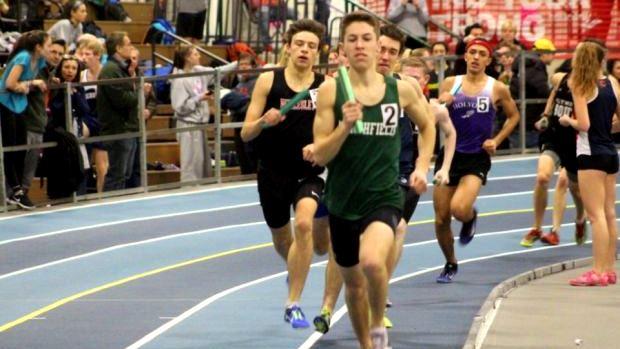 Central Cathlolic narrowly defeated second-place Woburn, 44.5-43, to snare its crown. The Raiders relied on their depth, scoring in eight of the 10 events.

Central Catholic mustered just one victory, capturing the shot put relay with a combined distance of 142 feet, 4 inches. The Raiders also garnered a pair of runner-up placements in the 50-yard shuttle hurdle relay (26.44 seconds) and the 4x50y relay (22.56).

Spurred by a 4:15 mile leg from All American Ryan Oosting, Arlington ran the fastest time so far in the boys' DMR, combining for a winning time of 10:28.0.