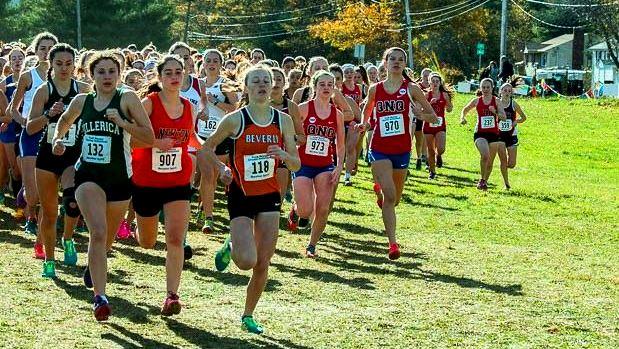 A few schools held their top runners from competing this past Saturday at the Coaches Invitational to prepare them for the upcoming divisional state championships, but the meet still produced its share of quality performance on the dirt trails of the Wrentham Developmental Center. Beverly''s Ashley Foley posted the fastest time of the day by winning the Division 1 Junior-Senior race in 18 minutes, 49.75 seconds. Mari Avola of Stoneham was the first across the line and the only runner under 19 minutes in the Div. 2 race where she was timed in 18:55.02. Duxbury's Isabel Foley was a four-second victor in the Div. 1 Sophomore race where she finished at 19:09.13. Emma Eastman of Sandwich claimed the Div. 2 race at 19:32.76. Finally, the freshmen winners, who ran the 3K distance, were Taunton's Nia Mainer-Smith in Div. 1 (11:57.34) and Norton's Isabella Pietrasiewicz in Div. 2 (11:37.15).

Now we want your vote! Vote for the performance you feel belongs at the top. Voting ends Saturday at midnight.