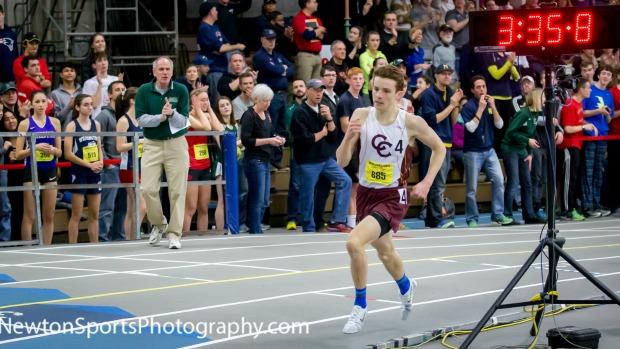 If your a Track and Field fan you had to tip your hat for of one of the States best Distance runners of All Time. Thomas Ratcliffe certainly put on a show for the packed Reggie Lewis Center at yesterdays MIAA All State meet finals. The Senior from Concord Carlisle ran his style of race, as he split 58, 2:00, 3:02 and finished with a new Massachusetts State record with a time of 4:06.89. The fans appreciated his effort as they rocked the Reggie Lewis Center for his last 400 Meters.

"It might be my last race on Reggie Lewis, so I wanted to give it my all." said Ratcliffe after his record run.

Ratcliffe will have his eyes set on a the Massachusetts 2 Mile record, as well as a possible National title in a few weeks at New Balance Indoor Nationals in New York City.