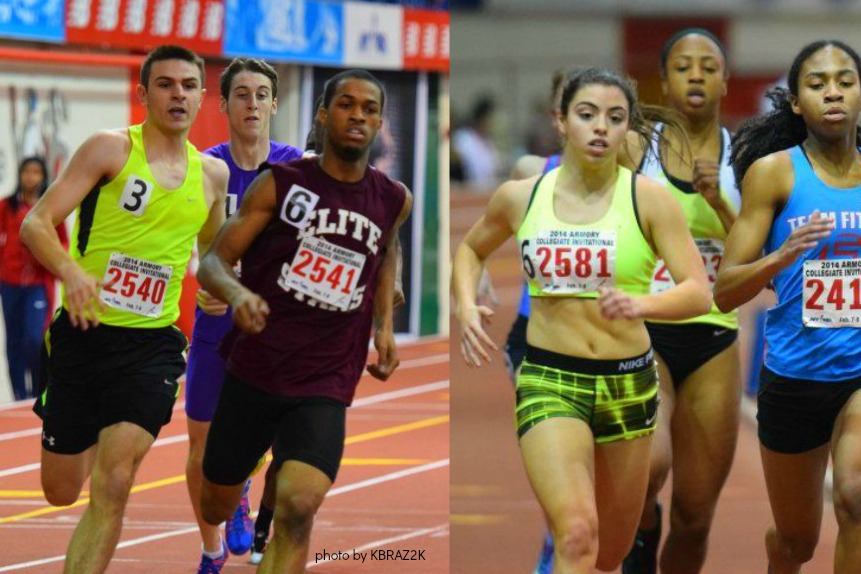 The two fastest Massachusetts 600 Meter runners were invited to the Big Apple this weekend to compete in the New Balance Collegiate Invitational.

Saint John's Prep runner Joe Luongo lowered his Massachusetts #1 600 Meter time to 1:20.23.  The 2013 state runner-up finished second place in the invitation only event held at the prestigious Armory Track. Luongo finished less than a second behind Richard Rose of the Boys and Girls School. Rose's time was 1:19.55.

Ursuline Academy standout Amy Piccolo finished a solid fifth place against some of the most talented runners in the Northeast. The defending Massachusetts All State 600 Meter champion, ran a respectable time of 1:33.95 . Both runners will be in action at Reggie Lewis later this week at the MIAA Divisional Championships.