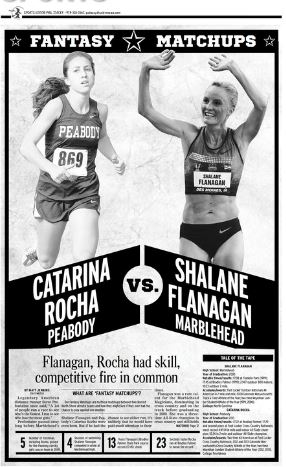 Legendary American distance runner Steve Prefontaine once said, “A lot of people run a race to see who’s the fastest. I run to see who has the most guts.”

Prefontaine passed away long before Marblehead’s Shalane Flanagan and Peabody’s Catarina Rocha were even born. But if he had the chance to see either run, it’s unlikely that he would have paid much attention to their times.