KINGSTON, R.I. - Just weeks after claiming the UMass record, the Minutewoman who does not have the triple jump record in her own high school can now say she is an A-10 Champion with the A-10 record in the triple jump. Becky Stoyle (Pembroke MA) is now UMass' latest Indoor Atlantic 10 Conference Champion with a leap of 41-feet and 1-inch.

Stoyle entered the competition as the favorite in the event due to her previous best mark of 40-feet, 7.75-inches with the next closest mark being 40-feet jumped by Charlotte's Briauna Jones. Stoyle set the golden distance on her third jump of the preliminaries.

The mark would not be contested until the final jump by Jones who leaped 11-inches better than she had all season for a second place distance of 40-feet, 11-inches. Stoyle now has her sights set on the New England Championships as well as the Eastern College Athletic Conference Championships.

The day before her outstanding jumps, she competed in the pentathlon placing 7th by scoring 3303 in her first ever experience with the multi-events. Highlights include a new personal best of 5'2.25" in the high jump and a strong leap of 17-10 in the long jump. 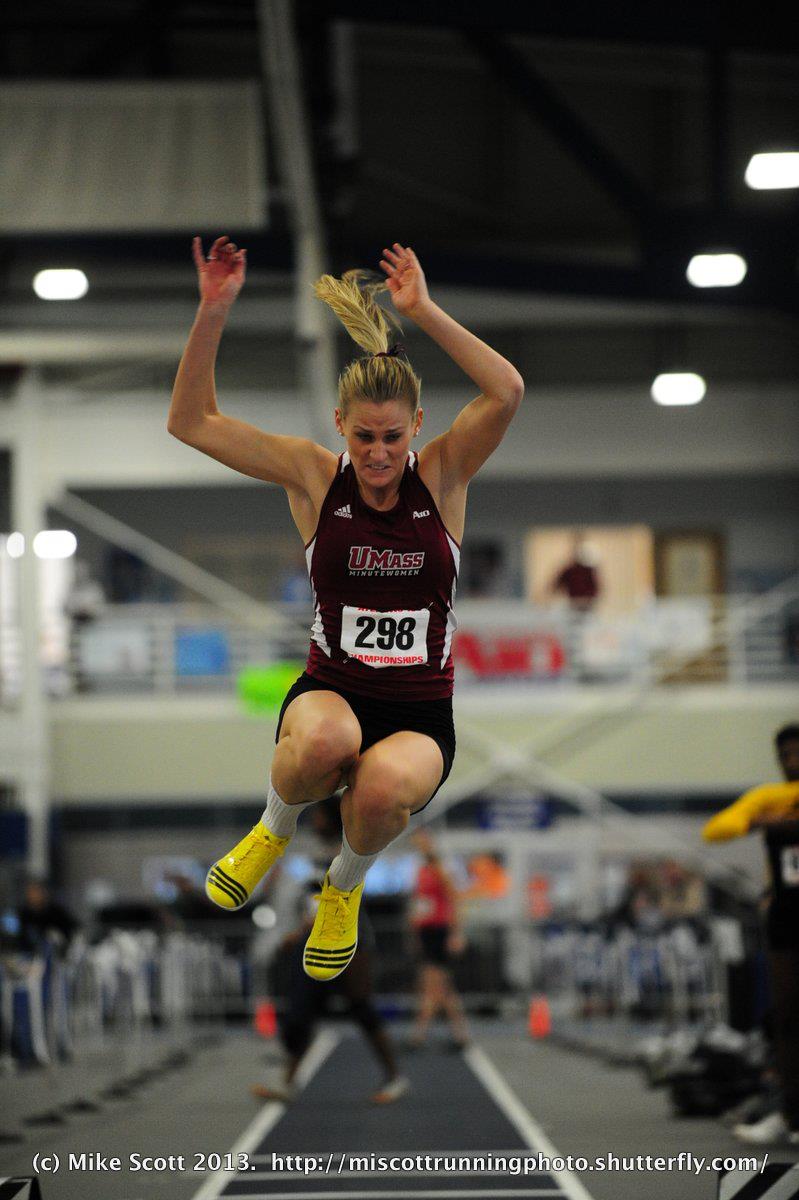